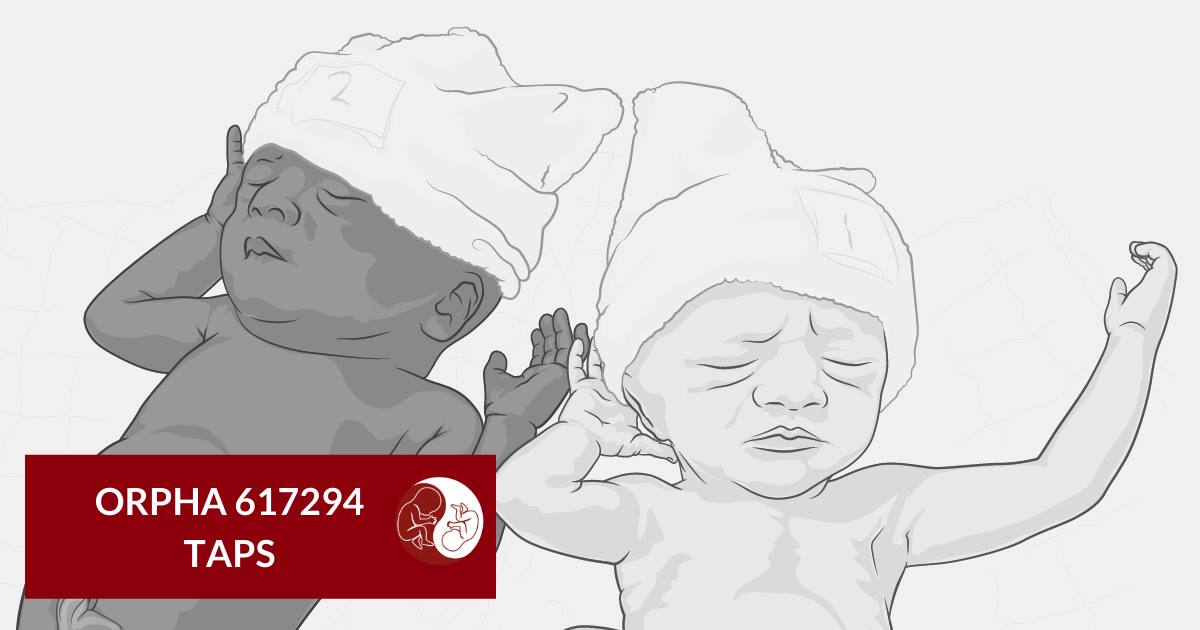 In January this year, Twin Anemia Polycythemia Sequence (TAPS) and 2 other diseases affecting monochorionic twins were granted an ORPHA Code and listed in the Orphanet database of rare diseases. But what does it mean that there’s an ORPHA code for TAPS?

It’s an exciting step because it means that now, TAPS is officially listed as a rare disease and will open a lot of doors in relation to research and international collaborations and make it easier to collect data for research.

But why is this important, and how will it help research? Let’s talk about it!

What Is An ORPHA Code?

Orphanet is the world’s largest rare disease database. It was established to improve healthcare within Europe, to ensure that no rare disease patient was lost in the system.

Each rare disease is given a code with the idea that it can be recorded throughout medical care and clinical research. This can provide researchers with a better idea of how often the disease occurs, make better plans for treatment, and have more accurate information about how often it happens.

ORPHA codes exist to help improve the recording of rare diseases and help make it easier for everyone to collaborate on the best treatments. This allows patients to get more information about their situation and actively make informed choices about their standard of care.

Why Is This Important For TAPS?

It’s a massive step for Twin Anemia Polycythemia Sequence! It now means that it is recognized as a separate, distinct disease. While we have 16 years of research into TAPS, it is often misdiagnosed and called Twin Transfusion Syndrome.

TAPS is very different from TTTS, with different stages, different ways of diagnosis, and most importantly, very different long-term outcomes, with spontaneous TAPS donor twins at a risk of deafness that is not seen in TTTS.

With the recognition as a separate disease, we can now gather more data about TAPS. It means we have more accurate information about how often it occurs when it is found. More importantly, it opens more doors for international collaborations on research and makes it easier to find the data.

It also means that we will eventually see improvements in how a diagnosis is handled for patients. More research means that we will have more information and can make important decisions about our children’s treatment. It also means that we shouldn’t have to ask for long-term follow-ups after birth as we do now. If TAPS is recorded on our paperwork, we will hopefully see things like hearing testing and development checks done as routine for our twins.

But probably the biggest thing that it means is this. It means that TAPS is an individual entity –not a form of TTTS, but a distinct disease on its own.

Wait … Didn’t You Say There Were 2 More Diseases?

I did! At the same time as TAPS got recognition, two more complications of twins were also recognized and given their rare disease codes. Selective Fetal Growth Restriction and Acardius were also given their ORPHA codes simultaneously.

This also opens up all the same opportunities for research and parents diagnosed with these conditions. Better information about all these diseases means better information for parents and that we can have the best possible treatment for our families, both before birth, and very importantly, into the longer term.

So, let’s welcome three newly recognized diseases into the world of twins (even though we know they’ve been around for a long time!)

Here’s to a new era of twin research and better information for parents!