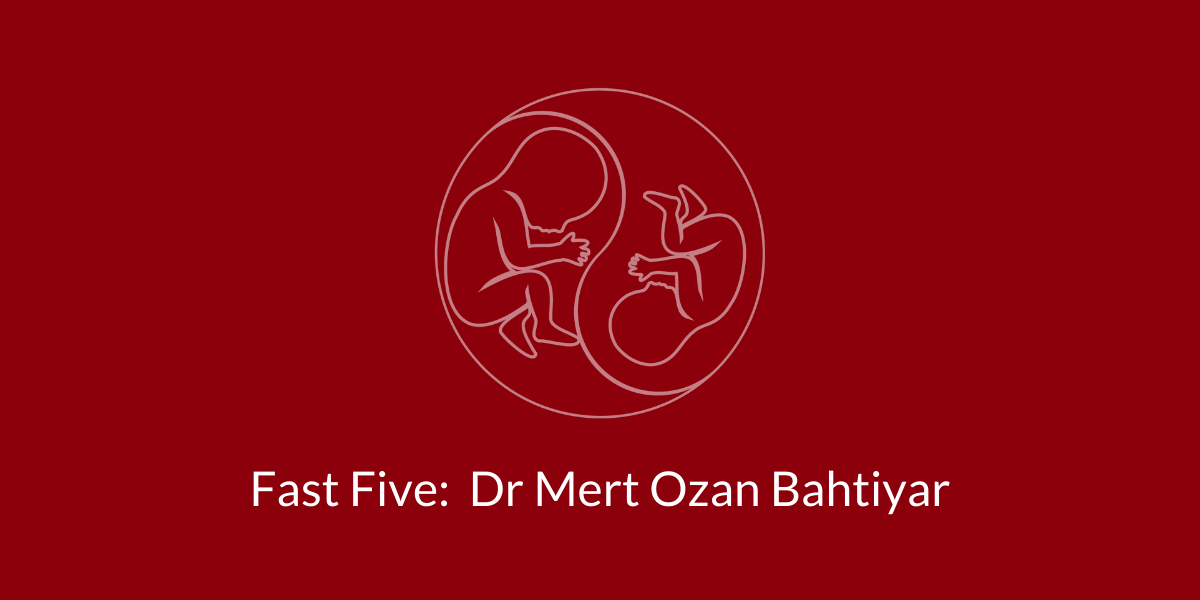 Welcome to the latest in our Fast Five blog posts. TAPS Support passionately follows research, and with this year marking 15 years of TAPS research, it’s essential to highlight the researchers behind Twin Anemia Polycythemia Sequence.  In this instalment, we’re interviewing Dr. Mert Ozan Bahtiyar, from the Yale School of Medicine

Starting his medical journey in Istanbul, Turkey, Dr. Bahtiyar has spent the last 25 years at the Yale School of Medicine as an MFM (Perinatologist) and fetal surgeon.

Yale has been a leader in fetal surgery over the decades, with groundbreaking innovations and surgeries performed.  Dr. Bahtiyar’s team also participated in the TAPS Registry and will soon join the TAPS trial.

Thank you for your time, Dr. Bahtiyar.  Please tell us more about yourself.

My name is Mert Ozan Bahtiyar, MD. I am a Maternal-Fetal Medicine (also known as Perinatologist) and Fetal Surgeon at Yale School of Medicine.

TAPS is a rare and an underappreciated disorder specific to monochorionic pregnancies. We do not fully understand the natural course of the disease.

I have been trying my best to emphasize that TAPS is not simply a variant of TTTS.

I was one of the authors of the North American Fetal Therapy Network guidelines on monochorionic pregnancies. We were able to have TAPS included in the policies as a separate entity.

TAPS is a separate disease. TAPS is not a variant of TTTS.

Knowledge is power. If you have monochorionic pregnancy you should be followed by a center who is fully aware of different complications associated with your pregnancy.

As opposed to TTTS, we do not know what the best treatment option for TAPS is. There are ongoing international studies trying to answer this question. Historical, uncontrolled, case series indicate that fetoscopic laser might be the best option. However, fetoscopic laser in TAPS is more challenging than TTTS cases.

We now know that TAPS is a different disease. Diagnosis is essential to tailor prenatal care. Since we do not have an optimal treatment at this time should not mean that we should not look for it.

We have experience with TTTS.

We know that once international society gets together, we can investigate treatment options. I am confident that within few years we will have better understanding of the natural course of the disease and best treatment option.

The TAPS Support Foundation is grateful to Dr Bahtiyar for his time, and thankful for the research you’ve contributed to both the TAPS registry and the TAPS trial.

Stay tuned for the next instalment of the Fast Five – Coming very soon!