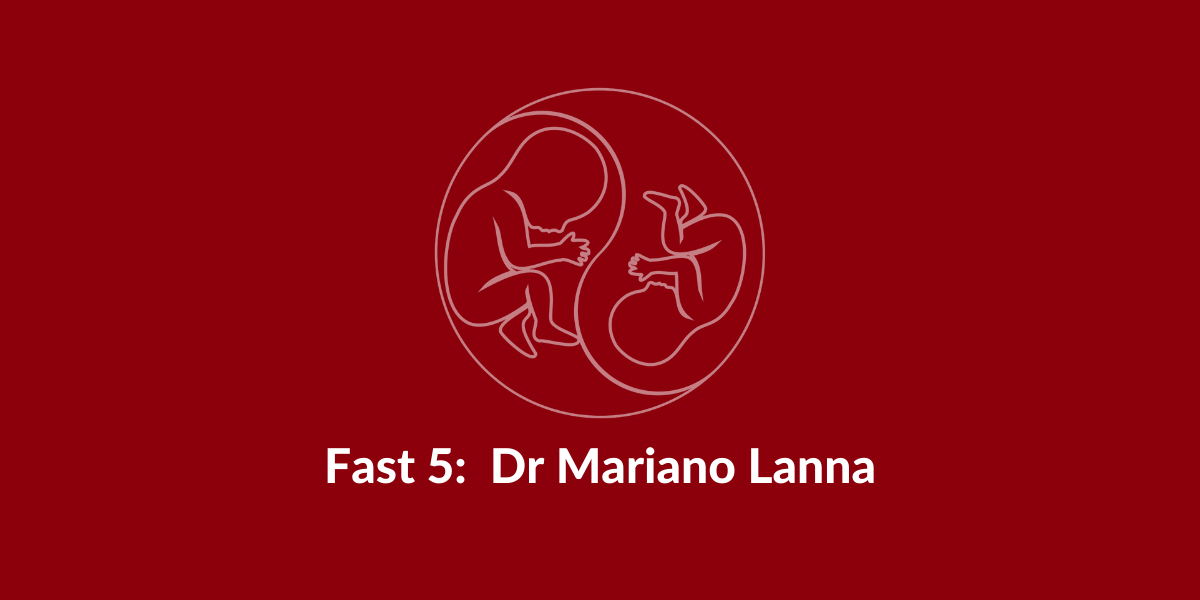 Welcome to a new series of blog posts by TAPS Support. Our team is passionately following research, but we felt it was time to dive deeper into the stories of the people behind Twin Anaemia Polycythemia Sequence. It’s time to introduce the TAPS Support Fast Five, and this week we’re introducing Dr. Mariano Lanna.

Dr. Lanna is a Maternal-Fetal Medicine Specialist based in Milan, Italy.

He is based at the Buzzi Children’s Hospital and specializes in twin pregnancies there.

The Buzzi Children’s Hospital is the leading center in Italy for twin management and is currently participating in the TAPS Trial.

Dr. Lanna, thank you so much for taking the time to chat with us! Can you tell us a little more about yourself, please?

I am a fetal medicine-obstetrician in Milan, Italy and I have been working in the Buzzi Children’s Hospital since 2005, where the first laser surgery for monochorionic twins in Italy was performed in 2004 by Professor Umberto Nicolini. Twin pregnancies are my main field of interest.

What drives your passion to research TAPS?

TAPS is the cutting- edge challenge in monochorionic twin pregnancy treatment: everything is yet to be discovered. This is a challenge I want to help solve.

Tell us the most important piece of information about TAPS you want to share?

While TTTS is always perceived by the mother as a discomfort following polyhydramnios, TAPS has no symptoms, and that makes communicating with patients more challenging.

What’s your advice for patients who have been diagnosed with TAPS?

Getting the correct diagnosis of TAPS is a good starting point for the correct management of twins.

It is necessary to identify TAPS cases before birth to avoid delays in treatment and inadequate management.

Dr. Lanna, we are so happy that you took the time to answer our fast five questions today. It means a lot to us that doctors like you are happy to connect and talk about TAPS with us!

Stay tuned for the next installment of the TAPS Support Fast Five. Soon we’ll talk to another researcher about TAPS, research and everything in between.