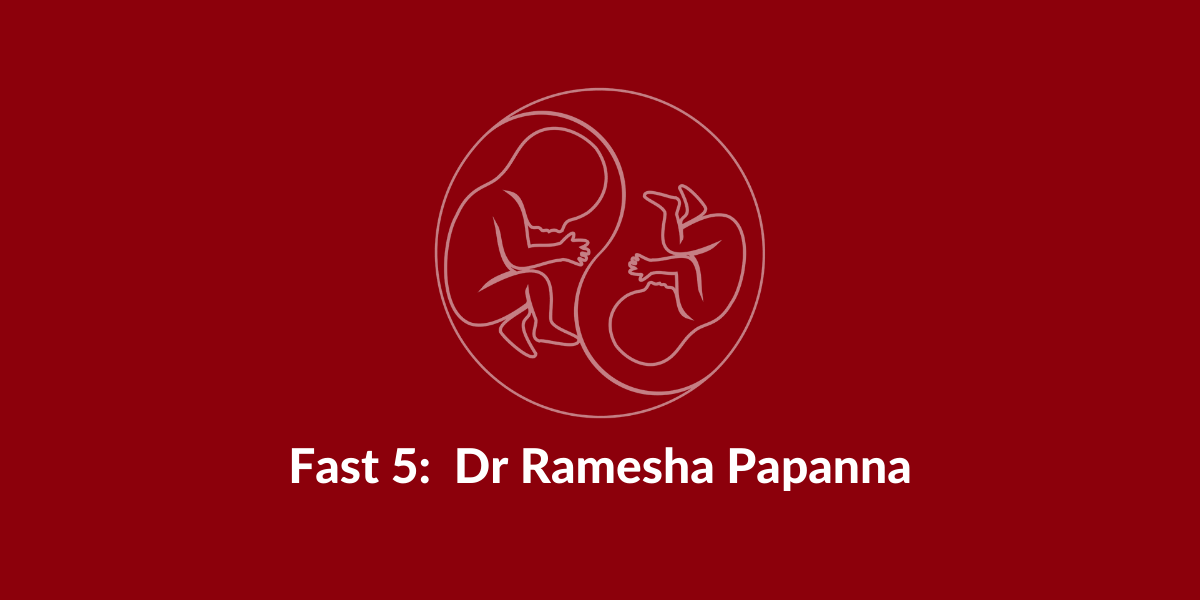 Welcome to a new series of blog posts by TAPS Support. Our team is passionately following research, but we felt it was time to dive deeper into the stories of the people behind Twin Anaemia Polycythemia Sequence. It’s time to introduce the TAPS Support Fast Five, and this week we’re introducing Dr Ramesha Papanna.

This interview is with Dr Ramesha Papanna, a Maternal-Fetal Medicine Specialist and TAPS Researcher at Memorial Hermann hospital in Houston, Texas.

Dr Papanna, as a physician-scientist has made it his goal to make sure that TAPS is detected accurately, and without harm to patients. Dr Papanna, alongside Christine Dugger of the Rand Frances Dugger Foundation, are working together to bring forward the first North American study into diagnosing and treating TAPS.

We’re honoured he took the time to talk to us recently about his passion in our fast 5 questions.

Dr Papanna, tell us a little about yourself.

I am a physician-scientist with expertise in prenatal diagnosis and fetal surgery. The focus of research is to improve diagnosis, treatment and outcomes of fetal diseases, more specifically preventing preterm birth after fetal surgery and regenerative methods to improve neurological outcomes in babies undergoing in-utero spina bifida repair.

There are several reasons. The unknowns in TAPS challenges me to explore more to push the boundaries. I have evidenced parents losing both their unborns to the disease. Having treated more than 20 cases of severe TAPS (with heart failure and limb necrosis), this motivates me to diagnose the disease accurately and timely.

TAPS can occur anytime during the pregnancy, even before 16 weeks. Any signs of suspicion- a difference in placental echogenicity, starry liver or abnormal Doppler without fluid differences, should prompt close monitoring (repeat evaluation) even if the middle cerebral artery Dopplers are normal- they could be a false negative.

You are not alone, we are here to help you.

Despite the shortfalls of current screening protocol, serial MCA Dopplers and ultrasound survey remains the only method to diagnose TAPS before birth.

Dr Papanna, thank you so much for taking the time to share just a small part of your story with us at TAPS Support, and for all you do for TAPS research, awareness and for TAPS patients. We have another installment of the Fast 5 coming soon, so stay tuned.