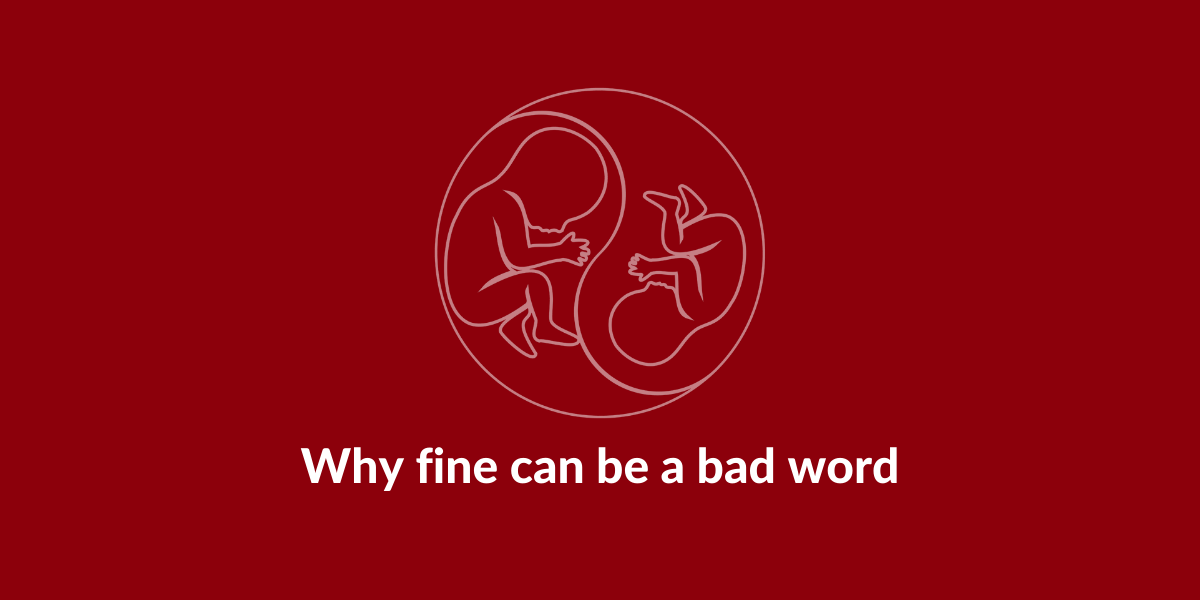 On our social media and in our group recently we asked the question “What word/s do you dislike the most?”

It sparked some interesting conversations, and it appears that the word “moist” is pretty universally disliked. You can’t argue with a statistic like 18/100 people stating that they don’t like it!

Words are interesting things, and their meanings can change through nuance, through tone and through volume. (Try it with the word “fine”). Say it angry, say it sadly, say it happily. It changes each time you say it. It means different things and can be interpreted in different ways.

Except when it’s not.

One of the things we’ve talked about with our BBFF campaign is making sure you get the right readings done each visit. Brain for MCA Dopplers, Bladders checked, Fluids checked and recorded, and the Flow on the umbilical dopplers. But this also extends to these being recorded and disclosed to you.

All too often we see people come to groups who’ve been told that their fluid levels or the MCA-PSV readings are “fine”. (This is interchangeable with “good”, “great”, “normal” and even “stable”).

These aren’t numbers that correlate to Quintero staging, or Leiden staging, or really anything. They’re kind of a brush off for you – they tell you nothing and can be a little patronising.

You are an active member of your health care team. That doesn’t mean you’re calling all the shots, but it also doesn’t mean that you’re sitting in the stands. You are on the team and should know all of your teammates (face-to-face meetings with your MFM after each ultrasound to receive an explanation of findings); know the plays (what is going to – or could – happen based on ultrasound findings); and, most importantly, know the rules of the game (what is being tested, why, what the values are, and what those values mean).

We don’t keep score of a sports game by saying one team did fine (and won) and the other team didn’t do fine (and lost). No – scores are quantified and systematically recorded as plays are happening.

Your MFM may skip to reductionist language like “fine” and “OK” because he/she does not think you will understand the ultrasound findings or what they mean. This is like when a child is watching a complicated sports game alongside dad and asks what’s going on.

However, instead of taking the time to thoroughly educate, dad quickly reduces the explanation to satisfy the child so he can go right back to watching.

You are not a child. You are not ignorant. You are not a fan in the stands. And this sure as hell is not a game. You are a competent, autonomous woman who can be taught and educated. You want (need) to know what is happening with your pregnancy. And you’re a member of the team.

What you can do.

Demand inclusion and participation in your own health care by demanding the numbers and an explanation for them. Ask and re-ask until you are satisfied and understand what you’ve been told.

(We’ve included record sheets in our downloads section for you – these can be easily downloaded and used as a reference tool for the tests you need.)

What’s important to remember is that you shouldn’t just accept that things are fine, or stable, or even great. We want you to challenge this, and get your own numbers and your own reports.

It’s not enough anymore to accept fine. Take charge of your pregnancy and demand better than fine.

It’s not fine. Get the numbers.