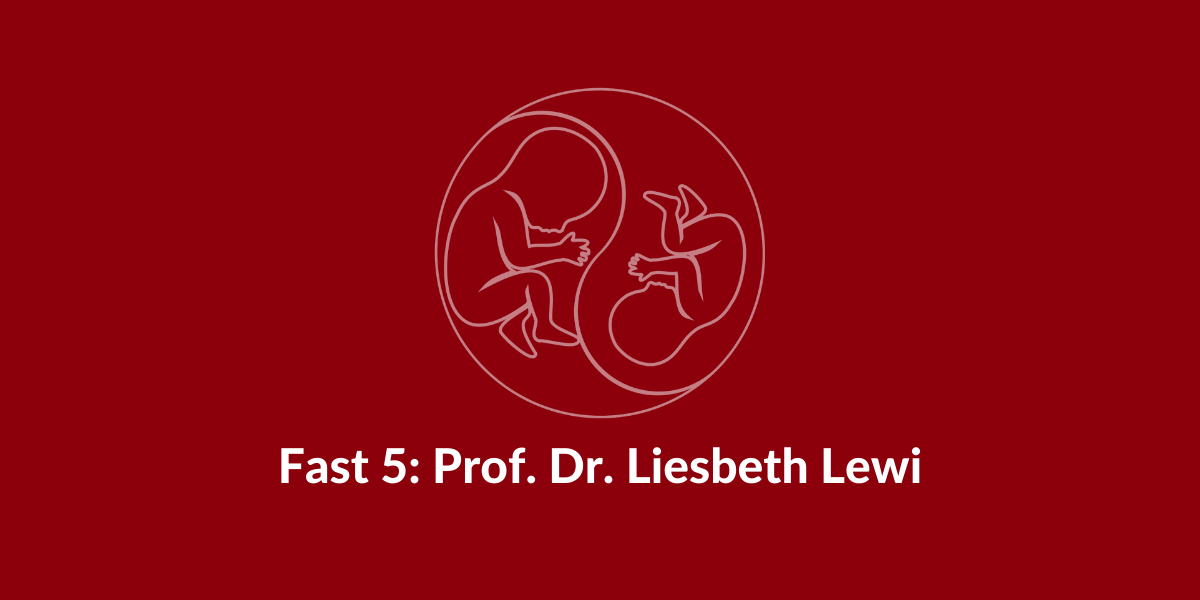 Welcome to a new series of blog posts by TAPS Support. Our team is passionately following research, but we felt it was time to dive deeper into the stories of the people behind Twin Anaemia Polycythemia Sequence. It’s time to introduce the TAPS Support Fast Five.

Our first interview is with Professor Dr Liesbeth Lewi, of the Universitair Ziekenhuis in Leuven, Belgium. What you may not know is that Dr Lewi and her team are responsible for the very first paper written on post-laser TAPS, back in 2005, and she is considered one of the world’s foremost experts. We’re grateful she took time out of her incredibly busy schedule to answer our fast 5 questions.

Dr Lewi, can you tell us a little about yourself, please?

I am a fetal medicine specialist-obstetrician in UZLeuven, Belgium. I established a dedicated twin clinic in UZLeuven in 2001 and have dedicated most of my clinical work to the follow-up of twin pregnancies since.

We were the first to report in 2005 that TAPS may occur after incomplete laser surgery for twin-twin transfusion syndrome if small anastomoses are missed.

We need more research on the best treatment and on the question of whether to treat it or not. If TAPS occurs very early on in pregnancy, it may disappear spontaneously without any intrauterine intervention.

Transfusion imbalances in monochorionic twins are very frustrating conditions because as expecting parents, there is nothing you can do about it. So, my advice to parents is to plan activities they enjoy so that the time between clinic appointments passes as quickly as possible (and not to spend too much time on the internet).

It is important to screen for TAPS as screening most likely prevents some previously unexplained stillbirths, especially those happening late in pregnancy, although because of its rarity it will be difficult to prove scientifically. On the other hand, doctors should be very careful only to treat severe TAPS, as it seems that mild TAPS may disappear spontaneously, especially those presenting very early in pregnancy.

Once again we are thankful to Dr Lewi for taking the time to answer our fast 5 Questions and sharing her story with us. Instalment number 2 is not too far away … stay tuned.